Natatorium Park, or Nat Park, was known to many as Spokane’s Amusement Park.

The park was known as Ingersoll Park in 1887, and was a destination spot for picnics and to escape the hustle and bustle of downtown.

The name was changed to Twickenham Park in 1889, when a neighborhood development known as the Twickenham Addition began.

The park was originally a trolley park.  People would ride the trolley to go hiking, and explore nature.  Picnicking was always a highlight.  As crowds began to taper off, a baseball field which attracted big name players like Babe Ruth and Lou Gherig, hotel and casino were added.  A large swimming pool, or natatorium was added in 1892.  The part was renamed as Natatorium Park.

Over the years, the park would add new attractions, in order to entice the public to come.  Shoot the Chutes, The Jack Rabbit wooden roller coaster, and the Looff Carousel were all highlights of the park.

The park’s appeal waned over the years.  Eventually the park closed.

The only surviving attraction from the park is the Looff Carousel, which was moved and still runs in Riverfront Park in downtown Spokane. 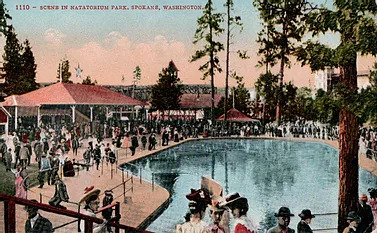 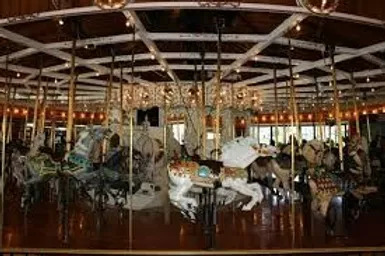